Posted on December 23, 2020 by COMON Network Leave a comment 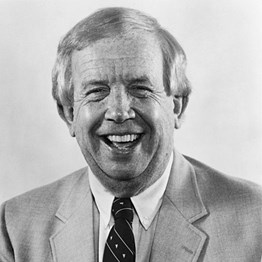 I haven’t seen her in more than a decade, but I still remember her face and voice well. I don’t know what age range she was in. I was only seven, so if she was 55, she may as well have been 85.

The reason I liked her so much was because she loved sports, and I got to know her at a time when sports were all my social skills allowed me to talk about, unless I happened to meet somebody who’d seen The Wedding Singer.

When she told me she was in Three Rivers Stadium for The Immaculate Reception, she may as well have said that she fought in The Battle of Bunker Hill or shook Abe’s hand after The Gettysburg Address.

Again, I was seven.

The thought that my teacher— my friend— witnessed Franco Harris’ catch was hard for my little brain to comprehend.

Anyway, I didn’t write this article to blab about my childhood.

The people who were here in 1972 know what happened, and unless they were too young, too drunk or their memory has betrayed them, they know where they were.

But how many actually saw it?

A decade after I passed elementary school, I found out that a family friend of ours, who was at the game, missed the entire play because she threw up into a cup of Coca Cola in disgust the Steelers loss that never happened.

I’m sure there were others at the game who didn’t actually see the play, either. Some probably turned away as soon as Jack Tatum popped Frenchy Fuqua, assuming the ball would just fall to the turf. For all I know, some could have been staring at the clouds, or passed out from having too much to drink.

Then, there was the issue of blackouts.

Steeler fans who weren’t blacked out at the game were blacked out from watching it due to restrictions (although they might have blacked out due to drinking too).

This meant that fans had to either drive a lengthy distance to watch their beloved, yet mostly pathetic Steelers finally play in a playoff game, or stay home and listen to Jack Fleming on the radio.

If you’re under 30, chances are you don’t know who Fleming is.

Oh, you’ve heard him talk. But Fleming isn’t an immortal in Pittsburgh the way his broadcast partner, Myron Cope, was. That’s unfortunate, but not unexplainable.

Fleming was the voice of one of the greatest dynasties in sports history, but he happened to share a broadcast booth with the guy who invented The Terrible Towel.

Steelers fans of all ages know who Cope is.

I don’t want to talk about Fleming like I grew up listening to him, but from the clips I’ve heard years and years after his retirement, from both Steelers and West Virginia football games, he was beautiful behind the mic.

Never was he more beautiful than for a 17 second stretch 48 years ago.

“It’s caught out of the air! The ball is pulled in by Franco Harris! Harris is going for a touchdown for Pittsburgh!”

For all football fans, in or out of Pittsburgh, a specific voice should be in your head as you read that transcription.

As a grown man who has dabbled in broadcasting, I’ve developed deeper appreciation for those words.

In the 50 years since the Immaculate Reception, has there been another play like it at any level of football? Maybe at a JV game somewhere in Idaho, but I doubt it.

To truly understand how magnificent Fleming was in those 17 seconds, we must compare his call with what the people watching on TV heard.

The play-by-play man for NBC’s telecast that Saturday afternoon was Curt Gowdy, one of the best of all time. Here’s his call.

Last chance for the Steelers. Bradshaw, trying to get away. And his pass, is, broken up by Tatum. Picked off! Franco Harris has it! And he’s over!”

Gowdy deserves his place among the greats of the business, but on this day, a guy who wasn’t even the most popular figure in his own broadcast booth had him beat on the most famous football play either man would see.

I recently read an article by the New York Post that said Cal announcer Joe Starkey’s (not that Joe Starkey) description of that whacky Cal-Stanford ending was “The greatest football call ever.”

Starkey’s call (“Oh the band is out on the field!) will always be a staple of college football history, but it was done out of pure emotion. Yelling can make a call sound better than it actually was.

Give me Fleming’s description any day.

It might not be “the greatest football call ever,” but it’s good enough to be in the conversation. Whenever we reflect on what most people here, including myself, believe is the greatest play in NFL history, we should also recognize the call that did the moment justice. Thank you, Jack.