Posted on September 6, 2020 by COMON Network Leave a comment 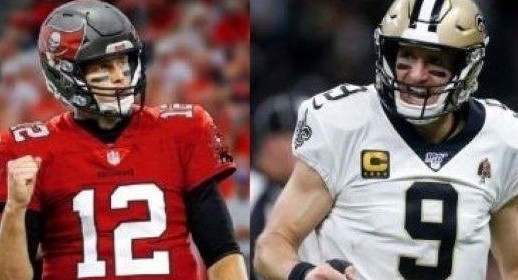 I was feeling risky yesterday. Saying Cam Newton would retire after just one year in New England? Crazy! Today, not so much, depending on who you ask. All I’m predicting is a trio of match-ups between two surefire Hall of Fame quarterbacks. Two guys that normally only met once every four years. Each of them has a ring — in fact, one of them has six. That’s right. It’s Tom Brady and Drew Brees. Both will make the playoffs and they will meet in January with their seasons on the line.

A week from today we will see Tom Brady don a Tampa Bay Buccaneers’ uniform for the first time in game action. On the other side will be Drew Brees. The first meeting will be a 4:25 kickoff in New Orleans with the game in Tampa coming in week nine in prime time. For a third meeting to happen, it requires both teams to make the playoffs. I see that happening. Not sure if it would be a Wild Card or Divisional round match-up, but man, that would really pique the interest. You wouldn’t know for sure if you would be watching one of these guys for the final time depending on who wins or loses said game. Probably not, because any football fan knows Father Time hasn’t caught up to these two yet. Of course, if the first two meetings this season aren’t pretty, maybe nobody will want a third. If the two meetings are classics, could you imagine a third with the whole season on the line? It would be awesome. It might not happen. It would take the correct seeding and would take some chips falling in the correct places, but who wouldn’t want it to happen? Get real.

Tomorrow: An underdog beats a divisional foe and makes the playoffs.